Follow a young Trinidadian girl as she brings to life the experiences of living on the Caribbean island of Trinidad through poetry. Told using some words in the native dialect of the Trinidadian people, readers will learn about the girl's daily routine from sunrise to sunset. Some poems are short while others are slightly longer.

The main protagonist of this book talks about all the different things that she loves in her life. She loves laughing, dancing, singing, and jumping rope, among other things. 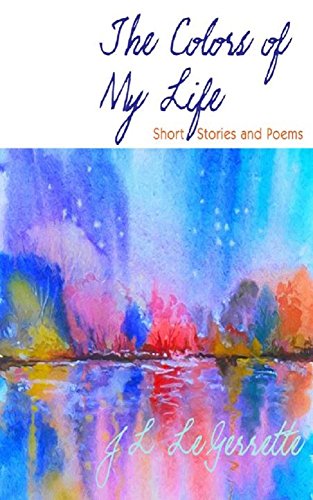 A great book that helps show children that sometimes it's the little and simple things that matter most. This is the true story of author Joyce Carol Thomas's trip from Oklahoma to California in , when she moved there as a girl with her family. This book is sprinkled with great metaphors and similes, and filled with beautiful poetry. The illustrations really do a great job of showing why California was such a sought after place to live in the s.

Jazz Day is a wonderful collection of poems based on the famous Esquire magazine photo from Esquire magazine put the word out to fifty-seven jazz musicians to gather for a photo shoot in Harlem. The entire, rather impressive, event was coordinated by word of mouth. This book takes readers on a jazz journey — from its beginnings in New Orleans to modern day jazz. Each lyrical poem tells a short story of something that contributes to jazz music, culture, or history.

There is an introduction in the beginning and the back matter includes a glossary of jazz terms and a jazz timeline. I think re-imagined nursery rhymes and fairy tales like this one are so fun! This book takes several classic Mother Goose nursery rhymes and gives them a wonderful Latino flair. Combining both English and Spanish words, the rhymes are so fun to read aloud and the illustrations really make this book pop. Each is warm, whimsical, and inclusive.

The book also includes a glossary. My Chinatown is comprised of fifteen poems that tell the story of a young boy who moves from Hong Kong to America. As the year progresses, the young boy learns to love his new home in Chinatown in New York City just as much as his old home in Hong Kong. Each poem is based on one of the four seasons and provides readers with a glimpse into different traditions of Chinese culture.

This counting book follows a young Japanese girl as she explores a Japanese garden. Each of the eleven poems begins with a number and introduces children to the numbers Older children may enjoy using this book as a tool to help learn the haiku format used in poetry. At the bottom of each page there is additional information about the object displayed on the page and its role within Japanese culture.

This poetry book is SO great!

Who knew there were so many beautiful shades of the color brown?! Through colorful poetry and gorgeous pastel illustrations, this book helps encourage young ones to embrace each other's differences while building self-esteem and a healthy self-image. The shades of brown include: tan, sienna, topaz, bay, sepia, cocoa, ocher, beige, sandalwood, coffee, adobe, tamarind, spruce, and nutmeg.

After reading this book children will likely appreciate the color brown and see what a valuable and beautiful color it is.

Wagner in the Desert

The plague advances Bit by bit, Lowering the people Into a dark cold pit. Here we come, a busy people trotting to and fro. From Katherine Towers' The Remedies. But maybe not. A world of bitter sweet extremes Bleeding hearts and unknown eyes Forever friendships and lovesick smiles A world of black and white Wrong and right. Blinded By Love.

As things stood, we could only hold to the idea—my idea—that suffering underwrote a deeper pleasure. We made it to the rim an hour or so later, not having passed a single person on the way. The ground levelled off, dipping and rising in knobby hillocks among bushes and outcroppings of rock. Water pooled in the path, and long wooden planks sank into the mud.

Ready for your next read?

We circled the rim until we had gone too far, then doubled back. Inscrutable trail signs, reporting apparently arbitrary distances to unknowable, ambiguous destinations, gave the impression of order while denying access to it. The path down into the caldera was simply nowhere to be found, and I knew that if I suggested turning back Celeste would agree. More speech was bound to annoy her—I am not insensitive to the tacit signals of hatred and hostility—but sometimes words are a Hail Mary, a desperate heave into the abyss of a new reality.

Sometimes I believe that words can do this much, at least: overturn our mood and our beliefs, shake us free from the cage of our ideas. Sometimes it seems as simple as telling Celeste to imagine the beach. Imagine the heat and the sun.

The light on the bay. Anything she likes. We will sweep down from the highlands along those narrow inland roads, past waterfalls and banana plantations, until our anger has evaporated in the heat. She was looking at a break in the bushes, barely wider than a girl in profile.

The going was steep. We made our way slowly. From the bottom, we could see the verdant canyon hung in mist.

Everything was very still. The embankments rose like the prolate rock formations in Chinese scroll paintings, massive looming shapes half lost to fog. The air was damp, but warmer for the stillness.

Short, stocky trees with thick, mossy middles and flared canopies rose from the lush vegetation, holdovers, surely, from the Jurassic. Flecks of orange and red stippled the knotted green pile, so dense and soft it seemed you might fall into it like feathers or snow.

All of it was alien—a garden, a flora, unlike anything we had ever seen. Looking closer, we found odd pink-and-purple organs tucked under the leaves.

What were these? We might have spoken, but the unreality of that strange beauty, the inarticulacy of this or any miracle, silenced us. I had just received another message from Jacqueline, her third that day. After returning from the volcano, we had set up at the beach and now sat in the shade of a squat tree, whose fruit littered the sand around us. To the east, the white-sand cove swung out in a crescent, becoming a spit of raised land where, a ways off, we could see people walking along a ridge.

Jacqueline was renting us her downstairs apartment.

Greg Jackson on the Dialogue Between Myth and Reality

She was a Frenchwoman in her early middle age, pretty, with a healthy, athletic figure and the air of a high-school cheerleader weighed down by adult worries. She lived in the house with her enormous teen-age son, Hugo, and a mysterious boyfriend we had never seen. Hugo had been waiting for us in the middle of the road the day we arrived, possibly for hours, since we got in rather late. He was staring out to sea with a blank look, as if, at an indistinct point in the distance, he could perceive the end of some captivity he was enduring.

I have screams. Also, I did not mention before I am a poet. Celeste had work e-mails flooding in. Her assistant had taken the entire fall off with a mysterious—even suspect—leg injury and now e-mailed Celeste fifteen times a day demanding, in peremptory and vaguely hostile tones, that Celeste fill out paperwork. Down the beach I watched a man stumble to his feet. The man was tall and thin, with dark hair on his head and chest and a virile mustache.

It took me a moment to realize what I was seeing—that he had only one leg and his awkward grace was a result of attempting to get up using a single metal crutch. I watched him hop to gain his balance and idly picked up one of the small yellow-green fruits from the sand beside me. I stared at the phone, expecting the words to resolve into something other than a dispatch from some lost province of derangement.

I handed the phone to Celeste. Celeste frowned at the screen for a while. Then her nose wrinkled, and she began laughing in slow, gathering waves. At the house. I looked again. Yes, it was unmistakable now. A terrible silence had descended, and Hugo stared into the distance with his secret pain and lobotomized expression.